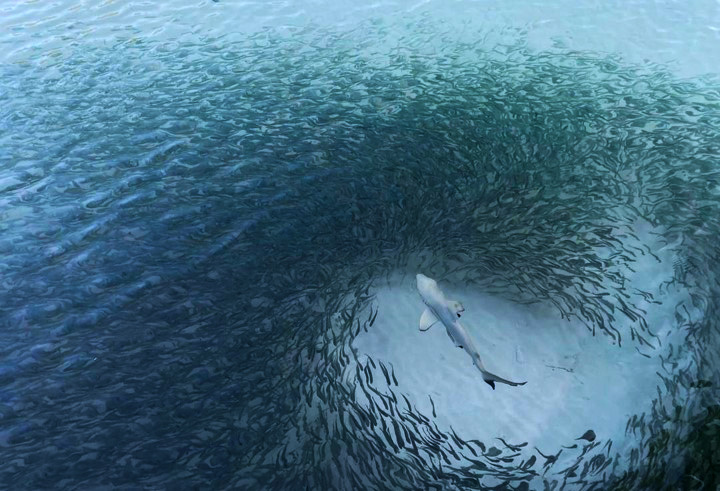 Be wary, but don’t panic!

Thanks to popular movies, sharks are widely painted as man-eating and aggressive fish, regardless of their species. As years passed by, studies have found out that humans are not even in the shark’s natural diet! In fact, they prefer to feed on smaller fishes and invertebrates while larger ones prey on seals, sea lions and other mammals, which are not found in Malaysian waters. Now doesn’t that make you feel safer?

If you had the chance to spend some time in the clear waters along Malaysia’s beaches, you might encounter a blacktip reef shark. Just as the name suggests, they are often found in shallow waters of the coral reefs. Identified by the black tip on their dorsal fin, they are more likely to flee from you than to approach you with curiosity (in other words, a scaredy-cat!).

Sharks, in general, serve an important role in the marine ecosystem as a top predator. They maintain the food web by keeping the numbers of smaller carnivorous fishes (e.g. tuna, groupers) in check. By doing so, sharks allow populations of smaller, herbivorous fish such as parrotfish and rabbitfish to thrive, which in turn help to control the algal growth on reefs and promotes healthy corals.

Ocean Hope Message: Do not consume shark’s fin soup! It is estimated that 73 million sharks are killed for the purpose of producing shark fin soups. We must take care of our sharks as their numbers have been consistently declining over the years. With simple actions of rejecting shark products, you too can help to save our sharks and the seas they call their home.